﻿Since 2001,  I have been the agent for California painter Warner Williams. I represent Warner, and bring his work to the attention of art galleries, museums, grants, and the general public.﻿


Contact me for any inquiries about viewing or purchasing the art of
Warner Williams. 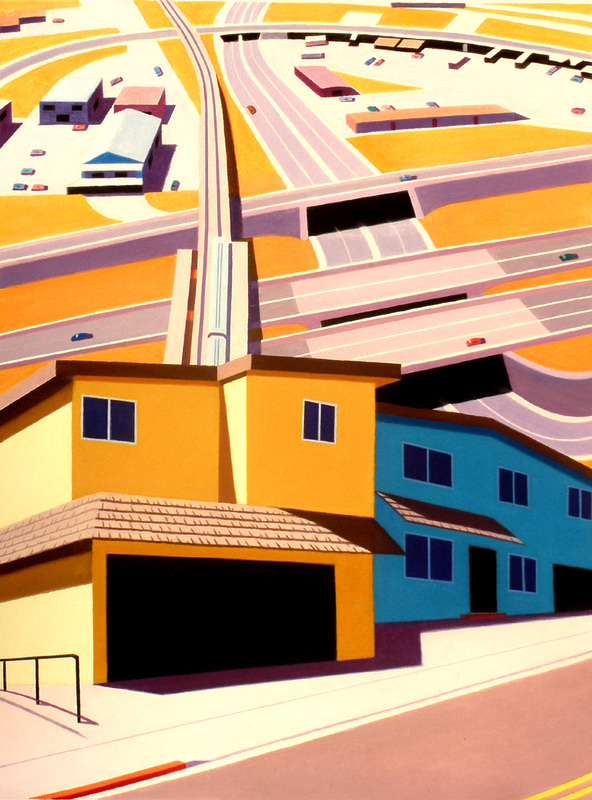 Confessional rant - I just want to say how ridiculously hard it's been to get Warner Williams' paintings into a serious art gallery in his homestate, or for him to get the right recognition his work deserves within the art world at large. I sometimes find the rejection in the "high art" world of his work exhausting and astonishing. I feel that Warner is the greatest living American painter.

Wayne Thiebaud aside, consider this list. Cindy Sherman and Jeff Koons have an exquisite sense of craft and finish, but they are cold and materialistic, with no greater vision. The remaining artists are examples of the "death of art", or the triumph of materialism, visual boredom, mediocrity and diminished expectations.

If these are the "blue chip" artists among those living, then they set the tone for what is considered valuable to the rest of the art world, including gallerists, critics and academics.

BUT - then there's a bright silver lining of Wayne Thiebaud, whose work I think reflects a preservation of classical artistic values, like color, content and composition, and which takes on contemporary subject matter in a very accessible way. And he's number six on the list at a cool $163 Million for paintings sold between 2005 and 2015. (His 'Pies' sold for $4 Million).

Interestingly, Thiebaud is the only (non-photorealistic) painter other than Warner Williams to make a serious and thoroughgoing body of work based on the architecture and landscape of post-war California. And guess what, Warner is ALSO preserving classical artistic values in a modern, contemporary way, like Wayne Thiebaud.

Could it be that it is inevitable that the art world and even the general public will wake up to this bright amazing artist in their midst?