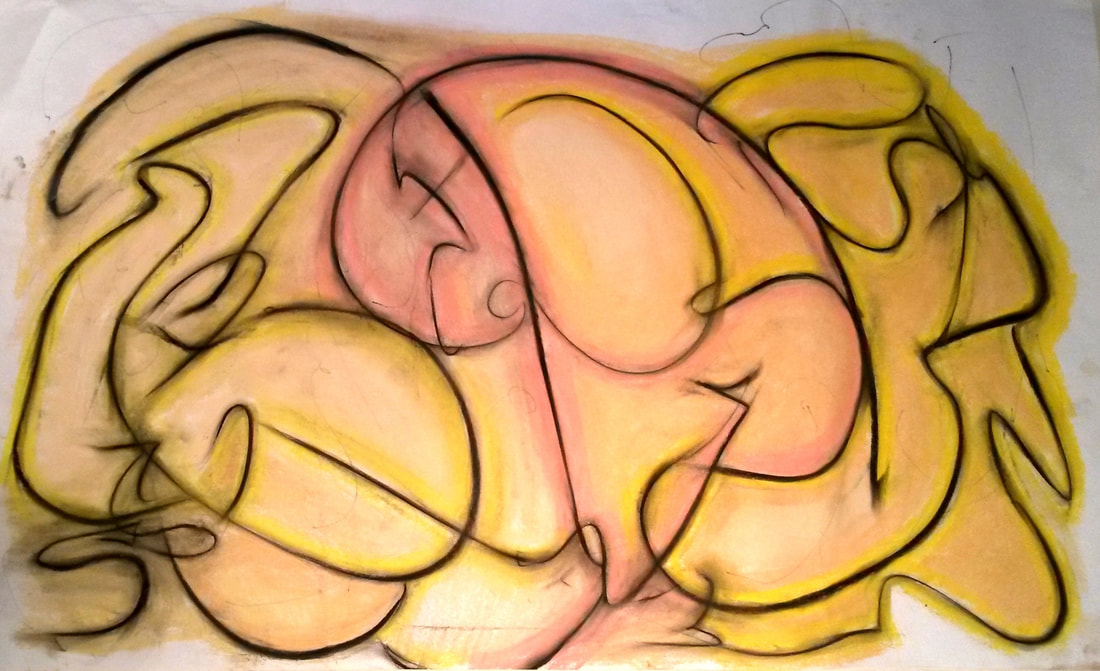 Nature is too beautiful and emotional for me to capture in realism.

Since 1986 I have been a professional musician - all of my drawing was personal and not public. In 2013 I had an awakening, during which my drawing suddenly became fully abstract for the first time. In 2017 I discovered chalk pastels, and my work went from pencil to color.

All of these pieces are done quickly, in under an hour, and are a form of action painting, during the creation of which no pre-conceived ideas for the piece are entertained. Each piece is the result of that moment's urge to move physically, while resolving issues of proportion, density, balance and composition within seconds. To finish the piece, I rub the chalk into the substrate by hand, massaging the piece into life.

These pieces resolve a long-standing personal frustration I experienced with brutalism and minimalism in art and architecture. My work is almost an over-reaction to the over-masculinization of the visual environment, by way of cold, square ugliness. These pieces are also a reaction to the contents of the ego and the thinking mind, in so far as they reject all conventional references, in favor of abstract expressions of motion, energy, feeling, and, in Adi Da's terms, "The True Water of Consciousness Itself."

I have been influenced by artists in the Bay Area, especially Frank Lobdell, with his cast of strongly defined abstract characters, and Adi Da, with his unfathomable depths and watery layers. But perhaps DeKooning is who I think of most, especially his later work, with its interacting, dancing forms. I think of myself as part of the abstract expressionist movement of the Bay Area. My work is also the result of childhood and teen-age obsessions with underground comics, H.R. Giger and Bernie Wrightson, which took years to work through.

Consciousness, and the awakening beyond duality are the main driving force of my paintings. I needed to paint in a free state of being, while painting things that don't remind me of ego or thinking.

These chalk paintings will be mounted using a unique method of embedding each piece in fiberglass/resin. I also will be mounting Swigglehorff art on a larger, monumental scale, using silkscreen printing and digital projection. 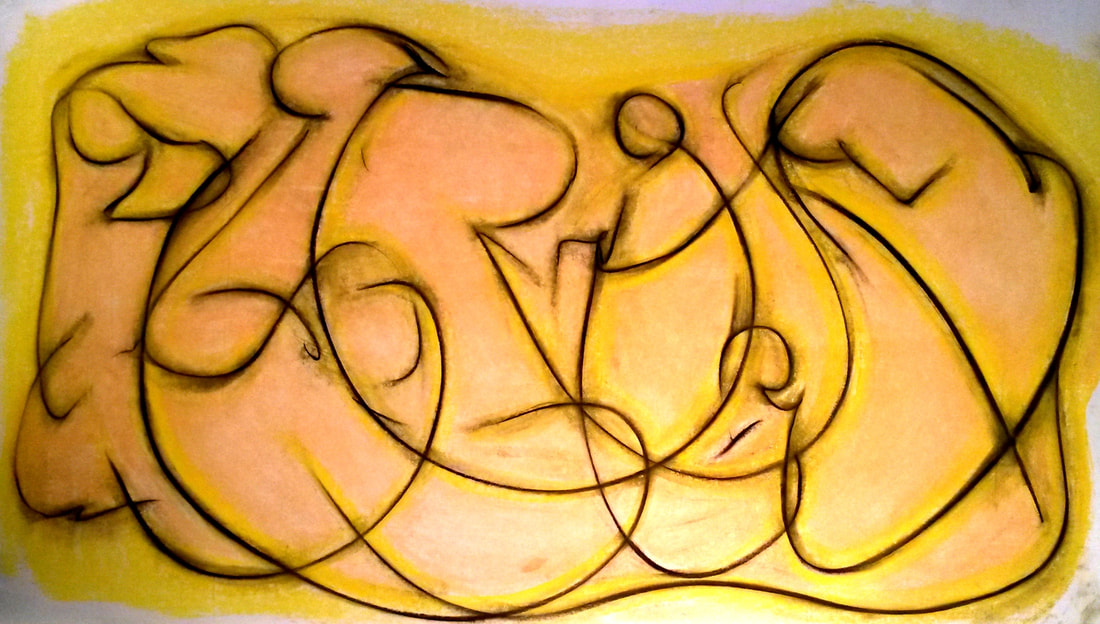 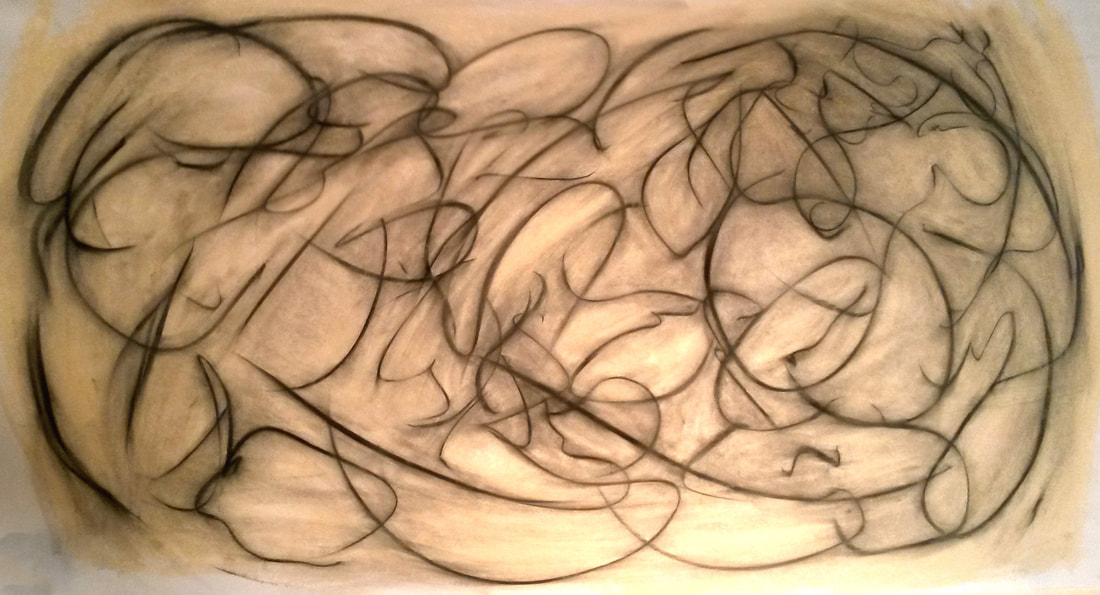 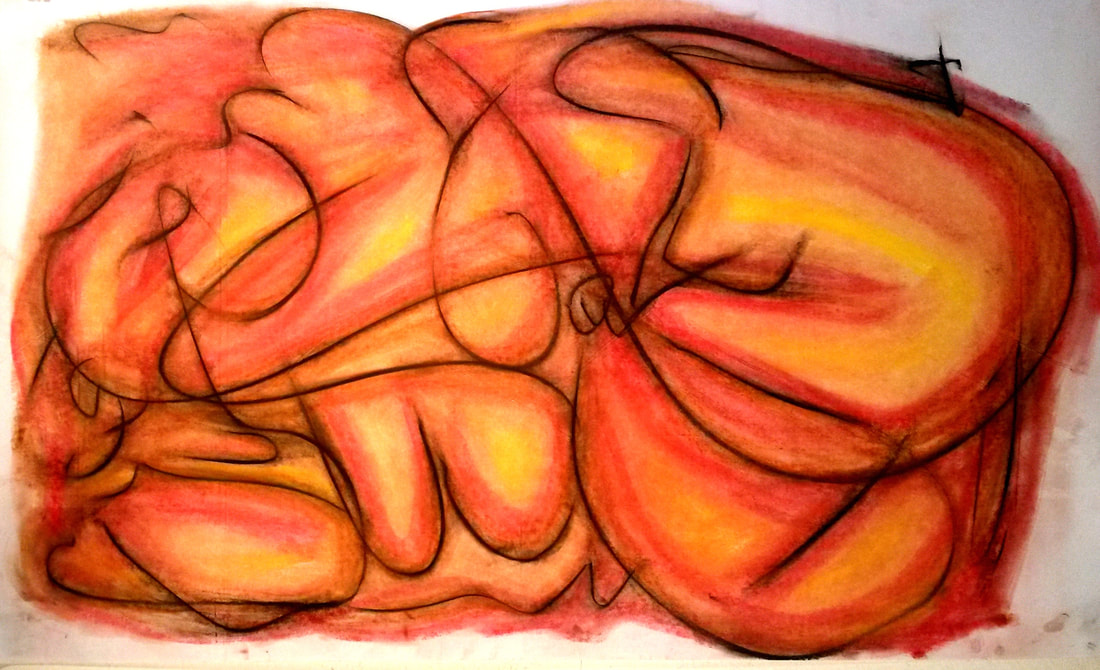